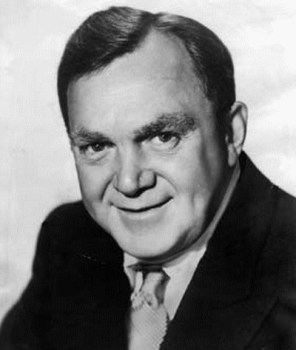 Thomas Mitchell was an American character actor who became one of the most instantly recognisable faces in Hollywood without ever achieving leading man status. He appeared in many of the greatest Hollywood movies of the 20th century. In 1939 alone he had key roles in five classic films: 'Mr. Smith Goes to Washington', 'Only Angels Have Wings', 'The Hunchback of Notre Dame', 'Gone with the Wind' and 'Stagecoach'. He also appeared in the classics 'It's a Wonderful Life' in 1946 and 'High Noon' in 1952. He won the Academy Award for Best Supporting Actor for his performance as the drunken doctor in 'Stagecoach' in 1939.

Thomas Mitchell was born on July 11, 1892 in Elizabeth, New Jersey, the youngest of seven children. His parents were Irish immigrants. His father, who died when Thomas was a young boy, was a newspaper reporter and it was no surprise when Thomas decided on a newspaper career when he left St. Patrick High School in Elizabeth. He soon realised, however, that he much preferred writing scripts for comedy sketches to writing for the newspaper and he became more and more enamoured of the stage. In 1913 he became a full time actor and gained valuable theatrical experience touring with the Charles Coburn Shakespeare Company.

He made his debut on Broadway in the play 'Under Sentence' in 1916, the first of many appearances in productions over the next two decades. He immersed himself in the theatrical world and, as well as performing, he continued to write successfully for the stage and directed and produced a number of plays. His stage plays 'Little Accident' in 1928, and 'Cloudy with Showers' in 1931 were both great successes in their day.

Although he appeared in a silent movie as early as 1923, with 'Six Cylinder Love', Mitchell concentrated on his first love, the stage until the mid 1930's.

He started his movie career proper in 1936 with small parts in first, 'Craig's Wife' and then 'Theodora Goes Wild' and with his theatrical reputation he swiftly became much sought after for character roles

. In 1937 he gave a brilliant performance as the banker in Frank Capra's 'Lost Horizon' which cemented his reputation as a reliable, top drawer character actor. In the same year he received his first Oscar nomination for his memorable portrayal of Dr Kersaint in John Ford's 'The Hurricane'.

1939 proved to be an astonishing, vintage year for movies with many top quality films and memorable performances. Mitchell appeared in no less than 5 classics during the year: 'Only Angels Have Wings', 'Mr. Smith Goes to Washington', 'The Hunchback of Notre Dame', 'Stagecoach' and 'Gone with the Wind'. He won the Oscar for Best Supporting Actor for his unforgettable portrayal of Doc Boone in 'Stagecoach'.

Mitchell continued to be in demand for the next two decades and performed with distinction in many important movies including two more which have become classics: in 1946 he played opposite James Stewart in the Christmas classic directed by Frank Capra, 'It's a Wonderful Life' and in 1952 he played the town mayor in 'High Noon' with Gary Cooper.

Mitchell showed his versatility and his mastery of the skills of acting in the effortless way he transferred to the entirely new medium of television during the early 1950's, paving the way for generations of actors to follow. Starting in 1951 in the Celanese Theatre TV Series, he continued for many years, appearing in many of the earliest TV series including Studio One, Lux Video Theater, Zane Gray Theatre, and The O. Henry Playhouse. He became as well known, if not better known, to the new TV generation as he had been to the original movie generation.

Mitchell has an unusual claim to fame in that in 1953, he became the first actor or actress to win the three major acting awards (Oscar, Emmy, Tony) and he is still one of only a few individuals to have won each of these awards. In 1939 he won the Academy Award for Best Supporting Actor in 'Stagecoach'. Then in 1952, he won the Best Actor Emmy (in the Comedy Actor category), and the following year he won a Tony Award for his performance in the musical 'Hazel Flagg'.

Mitchell married twice. His first marriage in 1937 was to Rachel Hartzell The couple had one daughter and divorced after two years. His second marriage was in 1941 to Anne Stuart Brewer Hier. The marriage lasted until his death.

Thomas Mitchell died from abdominal cancer on December 17, 1962 in Beverly Hills, California. After cremation his ashes were stored in the vault at the Chapel of the Pines Crematory in Los Angeles.

1939
Stagecoach
Only Angels Have Wings
Mr. Smith Goes to Washington
Gone With The Wind
The Hunchback of Notre Dame

1945
Captain Eddie
Within These Walls
Adventure

1946
Three Wise Fools
The Dark Mirror
It's A Wonderful Life

1954
Secret of the Incas
Destry

1961
By Love Possessed
Pocketful of Miracles