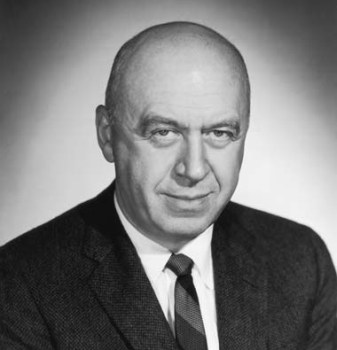 Otto Preminger was a movie and stage director who contributed a great deal to the art of film making and who made a major impact on Hollywood. After starting his career in the theater in Austria as an actor, he emigrated to the United States in order to fulfill his dreams of becoming a movie director. He ultimately directed over thirty five films in a long career. From his early elegant films noirs such as 'Laura' in 1944 to his thriller 'Bunny Lake is Missing' in 1965, he showed a remarkable ability to be independent, intelligent, demanding, and successful. He became famous for being able to make films on time and under budget.

In the latter part of his career, he made a speciality of modifying popular novels and stage works such as 'The Man with the Golden Arm' in 1955 and 'Advise and Consent' in 1962. He did not shy away from defying Hollywood's censorious Production Code by directing films with controversial subjects such as rape, as in 'Anatomy of a Murder' in 1959, homosexuality as in 'Advise and Consent' and the Catholic church, as in 'The Cardinal' in 1963. His movies undoubtedly helped to bring about a much-needed relaxation of censorship regulations.

Although he never won a Best Director Oscar, Preminger was nominated three times, for 'Laura' in 1945, for 'Anatomy of a Murder' in 1960 and for 'The Cardinal' in 1963. He also directed a total of nine different performers to Oscar nominations, including Frank Sinatra, James Stewart, George C. Scott and John Huston.

He was born Otto Ludwig Preminger on 5 December 1905, into a rich Jewish family in Wiznitz, which is now in the Ukraine, and was then part of the Austro-Hungarian Empire. His father was a successful lawyer, who became the public prosecutor for Franz Josef, Emperor of the Austro-Hungarian Empire. Otto had one younger brother, Ingo, who became a lawyer and film producer.

At the start of the Great War in 1914 when Russian armies began to invade eastern Europe Otto's father moved with his family to Graz in Austria, away from the troubled Russian border. He became Public Prosecutor in Graz and then was relocated to Vienna, a city where his eldest son, Otto, was able to indulge his passionate interest in the theater.

In deference to his father, Otto studied law at the University of Vienna but his burning ambition was to become an actor, and at 17, whilst still a student, he joined the theatrical company which the famous director, Max Reinhardt, had just opened in Vienna. He continued with his studies, obtaining a law degree in 1926, whilst also learning his new vocation under Reinhardt. Otto's first appearance was in the comedy 'The Servant of Two Masters' when the theater opened on April 1, 1924, followed by 'The Merchant of Venice' in May, 1924.

Otto was an extremely ambitious young man and was soon allowed leeway to produce and direct plays and Reinhardt put him in charge of his renowned "Theatre der Josefstadt" in Vienna. Otto gained valuable experience directing numerous stage plays over the next few years. He also made one film, the German-language 'Die Grosse Liebe' in 1931 which was well received by the public and by the critics and which enhanced his growing reputation.

For the next four years Otto continued to successfully direct plays in Vienna working with some of the top actors in Europe. In 1935, after another hit with 'Libel', a courtroom drama, he was invited by American film producer Joseph Schenk, co-founder, with Darryl F. Zanuck of Twentieth Century-Fox Corporation, to move to America to direct the play on Broadway. It was an attractive offer and Otto who was also unhappy with the political situation in Germany accepted at once.

He arrived in New York in 1935 where he directed his successful Viennese production, 'Libel' on Broadway. He then travelled west to Los Angeles to begin work in movies for 20th Century-Fox. For several months he worked with and studied other directors until being given two B-pictures of his own to direct, 'Under Your Spell' in 1936 and 'Danger: Love at Work' the following year . He impressed the studio and in 1938 was given a big budget movie to direct, 'Kidnapped' by Robert Louis Stevenson, but shortly after beginning shooting he had a fierce argument with studio head Darryl F. Zanuck. He was fired from the studio as a result and became blacklisted in Hollywood almost before he had achieved anything of note. He returned to his first love, the stage, and directed 'Margin for Error' by Clare Boothe Luce, on Broadway, also appearing in the play as a Nazi villain.

It was the start of an odd sub-career for Preminger who, although he was from a Jewish family, looked like a Nazi villain should look, with his close-cropped head and German accent. When America entered the Second World War, there was an acting demand for Nazi types and Preminger found himself playing stereotypical Nazis in several films and plays. He played a Nazi in 'The Pied Piper' in 1942 and the following year he was asked to play a Nazi in the film version of 'Margin for Error'.

The studio was Twentieth Century Fox where Zanuck was away on war service. Preminger saw his chance and bargained with William Goetz, who was running Fox in Zanuck's absence, to be the director of the film and not an actor. When Goetz saw the rushes after the first week of filming he gave Preminger a seven year contract as director and actor. Preminger's movie career was back on course. Filming was completed on schedule and only slightly over budget.

After a wartime morale booster in 1944 called 'In the Meantime, Darling', Preminger was asked by Goetz to take over the roles of producer and director for the film 'Laura' after the assigned director, Rouben Mamoulian had been dismissed. The resulting film, which starred Gene Tierney, Dana Andrews and Clifton Webb, is a noir classic and is regarded as one of the best movies of the decade. It was a box-office hit with the public and critics alike and it earned for Preminger his first Academy Award nomination for Best Director.

Preminger was now regarded as one of the top Hollywood directors and for the next two decades he created many great films in different genres, ranging from light comedies and musicals to costume epics. He became a US citizen in 1943 and in 1945 he produced and directed another film noir 'Fallen Angel', again starring Dana Andrews.

On his return from war duty Darryl F. Zanuck reluctantly accepted Preminger's return but eventually became an admirer and one of his most influential supporters. Preminger stayed with Fox for another six years, making a number of movies adapted from best-selling novels including 'Forever Amber and 'Daisy Kenyon' in 1947, 'Whirlpool' in 1949 and 'Where the Sidewalk Ends' in 1950.

Preminger was now one of the most famous directors in the world and, during the 1950's he received commissions to direct some prestigious main features with top stars, again mainly based on best-selling novels or successful stage works such as 'Carmen Jones' in 1954, 'The Man with the Golden Arm' in 1955, and 'Porgy and Bess' and 'Anatomy of a Murder' in 1959.

For the first part of the next decade he continued his run of successful films based on novels with 'Exodus' in 1960, 'Advise and Consent' in 1962, 'The Cardinal' the following year, which earned him his third Best Director Oscar nomination and 'Bunny Lake Is Missing' in 1965.

After this his powers seemed to begin to wane and he lost his way, making some very disappointing movies, compared to the high quality of his golden period. Examples of this reduction of quality include 'Hurry Sundown' in 1967, 'Skidoo' in 1968 and 'Tell Me That You Love Me, Junie Moon' in 1970. All were commercial failures and hastened the end of Preminger's career as a director. His last two films, 'Rosebud' in 1975 and 'The Human Factor' in 1979 did nothing to restore his reputation.

Preminger did not neglect his acting career. In his most memorable role he reprised his Nazi villain look playing the warden of a German POW camp in Billy Wilder's 'Stalag 17' in 1953. In the 1960's Preminger also played Mr. Freeze, in the two-parter "Green Ice/Deep Freeze" in the 'Batman' television series.

Otto Preminger was a strong, outspoken character who enjoyed the limelight and who courted controversy. He was notorious for losing his temper with actors on set and he became known as "Otto the Terrible".

His emotional life was not dull. He was known as a ladies' man and he married three times as well as having numerous extramarital affairs. After a lively bachelor existence as a young man in Vienna, he married in 1933 an Hungarian actress named Marion Mill. The marriage took place just 30 minutes after the finalisation of her divorce from her first husband. After moving to Hollywood they drifted apart although remaining married. Preminger made no secret of dating other women and had a son, Erik, in 1944 with burlesque dancer, Gypsy Rose Lee. Erik did not learn of the identity of his father until 1966.

Preminger had a long, well-publicised relationship with actress Dorothy Dandridge whom he met on the set of 'Carmen Jones' in 1954, and his name was also linked with numerous other actresses including Marlene Dietrich, Hedy Lamarr, Kay Francis and Natalie Draper.

Otto Preminger made an immense and positive contribution to the art of film making. He made several masterpieces during his career, starting with 'Laura', a classic film noir, which together with 'Anatomy of a Murder', 'Bonjour Tristesse', 'Advise and Consent', and 'Bunny Lake Is Missing' make up a magnificent group of films of which any director would be proud.

Preminger also changed Hollywood for the better with the stand he took both against the Hays Code and the prevailing hypocrisy of American society and also against the hysterical McCarthy Communist witch hunts of the late 1940's.

When Preminger directed 'The Moon is Blue' in 1953 he allowed in the script words previously forbidden, such as "virgin", "mistress" and "pregnant". The movie was condemned by the Catholic Church - which practically guaranteed it would do well at the box office - and it did. Three years later he made a movie about the dark side of drug addiction, 'The Man with the Golden Arm'. Again no action was taken by the authorities and so a much needed change was begun in overturning the Hays Code.

Preminger was one of the first to take a stand against the McCarthy anti communist witch hunts of the late 1940's and 1950's. He helped break the blacklist of the 'Hollywood Ten' by being the first to hire outcast screenwriter Dalton Trumbo under his real name to adapt 'Exodus'.

1944
In the Meantime, Darling
Laura

1948
That Lady in Ermine (uncredited)

1950
Where the Sidewalk Ends

1954
River of No Return
Carmen Jones

1955
The Man with the Golden Arm
One Man Mutiny

1959
Porgy and Bess
Anatomy of a Murder