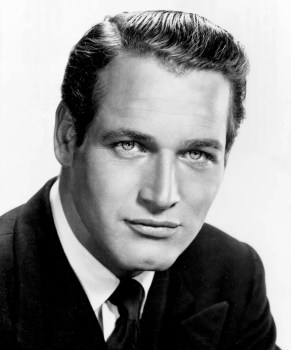 Paul Newman was an extraordinary man, highly successful in a variety of fields. He was an acclaimed actor and film director, a respected businessman, a major philanthropist and legendary heartthrob. He had enviable good looks with his famous blue eyes, muscular body and warm sense of humor. He was a talented actor with great onscreen charisma and he became one of the most respected and popular performers of his generation.

His Hollywood career lasted over 50 years during which he was nominated eight times for the Academy Best Actor Award and once for the Best Supporting Actor Award. He finally won the Best Actor Oscar in 1986 for 'The Color of Money'. In addition he won three Golden Globe Awards, a BAFTA Award, a Screen Actors Guild Award, a Cannes Film Festival Award, an Emmy, and in 1984 the Cecil B. DeMille award from the Hollywood Foreign Press Association. In 1992, Paul and his wife, Joanne Woodward, received Kennedy Center Honors in Washington.

Newman was also the director of five successful movies and one TV movie and had great success both as a team owner and as a driver in his hobby of motor racing. In addition Newman became one of the country's major philanthropists through his 'Newman's Own' food company, from which he donated all post-tax profits and royalties to charity, amounting to many millions of dollars since it began in the 1980's.

He was born Paul Leonard Newman in Shaker Heights, Cleveland, Ohio on January 26, 1925, the younger of two brothers. His parents ran a sporting goods company. The young Paul was interested in the theater and with the encouragement of his mother he joined a nearby children's drama group and made his acting debut aged 7, in a school production of 'Robin Hood'. He graduated from Shaker Heights High School in 1943 and was accepted into Ohio University at Athens but after a short time was expelled for misbehaviour.

He drifted and sold encyclopaedias for a while and then enlisted, on his eighteenth birthday, in the Naval Air Corps. A physical revealed that he was color blind and could not become a pilot, so he trained and qualified as a rear-seat radioman and gunner in torpedo bombers, and in the spring of 1945 he served aboard the USS Bunker Hill during the Battle of Okinawa.

On discharge from the Navy he studied English at Kenyon College in Gambier, Ohio, for three years, on an athletic scholarship, graduating in 1949. He appeared in several college drama productions, and performed in summer-stock in Wisconsin, with the Williams Bay Repertory Company.

His father died in 1950 and Paul, who by this time had a young family, made the decision to try to make the grade as an actor. He sold his share in the family business to his brother and, moving with his family to New Haven, Connecticut, he attended the graduate drama programme at Yale University from 1951-52. He then made his way to New York where he obtained some much needed work in television in a regular series called 'The Aldrich Family'. The move also enabled him join the Actors Studio where he studied Method Acting under the renowned Lee Strasberg and Elia Kazan.

Stage work followed and in 1953 he made a big impact in his Broadway debut, winning a Theatre World Award for 'Picnic', with Kim Stanley. He followed up with strong roles in other Broadway productions such as 'The Desperate Hours' and 'Sweet Bird of Youth' and his performances were noted by Warner Bros scouts. He was signed up to a movie contract in 1954.

He made his Hollywood debut the same year in 'The Silver Chalice', a costume drama which bombed embarrassingly. The reviews were so bad that Newman, who had been billed as "the new Brando", took out a full-page advert in a trade paper, apologising for his performance.

His television career began to look promising and he appeared twice in the historical re-enactment series, 'You Are There', hosted by Walter Cronkite, as well as the Goodyear Television Playhouse, and Producers' Showcase. After another poorly received movie, 'The Rack' with Lee Marvin, he struck movie gold playing the boxer Rocky Graziano in 'Somebody Up There Likes Me' in 1956, a role originally offered to James Dean.

In the late 1950's Newman really hit his stride and starred in such memorable vehicles as 'The Long, Hot Summer', 'Cat on a Hot Tin Roof' for which he received his first Oscar nomination and 'The Left handed Gun', all in 1958. The following year saw another success with Barbara Rush and Robert Vaughn in 'The Young Philadelphians'.

He also took on some riskier projects which have attained cult status such as Robert Altman's 'Buffalo Bill and the Indians' in 1976, the futuristic 'Quintet' in 1979 and 'The Hudsucker Proxy' in 1994.

Age did little to blunt the basic Newman appeal. His eyes remained blue. The voice tended to go gravelly with more intense emotions, but the physique stayed lean and the characters he portrayed remained vivid and appealing. He took on senior roles without a qualm as in 'The Verdict' in 1982, 'The Color of Money' in 1986 for which he won the Best Actor Oscar, 'Blaze' in 1989, and 'Mr. and Mrs. Bridge' in 1990 and he even took on roles which variously meditated on ageing, as in 'Message in a Bottle' in 1999, and 'Road to Perdition' in 2002

In his seventies, his achievements did not lessen. In 2003, aged 78, he was nominated for a Tony Award for his ground-breaking performance as the Stage Manager in the Broadway production of Thornton Wilder's 'Our Town', and he received an Emmy nomination when the same drama appeared on television.

As well as his undeniable acting achievements, he also produced and directed five high quality films, including 'Rachel, Rachel' in 1968 in which he directed his wife Joanne Woodward and which received an Oscar nomination for Best Picture.

Newman's first wife was Jackie Witte whom he married in 1949. They had a son, Scott, and two daughters, Susan and Stephanie. Scott Newman briefly became an actor in the late 1970's but died in November, 1978 from a drug overdose. In memory of his son, Paul Newman started the Scott Newman Center for drug abuse prevention.

Newman and Joanne Woodward first met during the production of 'Picnic' in 1952 and she was his co-star in 1957 in 'The Long Hot Summer' and the following year in 'Rally 'Round the Flag, Boys!'. Newman and Jackie divorced in January, 1958 and in the same month Newman married Joanne. They became one of Hollywood's golden couples, frequently collaborating on projects, sometimes as costars, sometimes with Newman directing his wife, as in 'Rachel Rachel' in 1968, 'Harry & Son' in 1984 and 'The Glass Menagerie' in 1987.

One of Newman's off screen loves was motor racing and he was personally very successful in the sport. He won four Sports Car Club of America national championships and in 1979, aged 54 he came second in the Le Mans 24 hours endurance race. His hobby became his business in 1982 when he became co-owner of Newman-Haas racing. His last active driving season was 2007 during which he won two races at Lime Rock Park.

In 1982, Newman founded the food company, "Newman's Own", which was one of the first companies to use all natural products. Today, Newman's Own is an enormous food business and through its many food labels, has contributed tens of millions of dollars to charities since its inception.

After being diagnosed with lung cancer in 2008, Newman underwent unsuccessful chemotherapy treatment. He told his family he wished to die at home and this he did, in Westport on September 26, 2008. He was 83.

1958
The Long, Hot Summer
The Left Handed Gun
Cat on a Hot Tin Roof
Rally 'Round the Flag, Boys!

1960
From the Terrace
Exodus

1962
Sweet Bird of Youth
Adventures of a Young Man

1968
The Secret War of Harry Frigg

1972
Pocket Money
The Life and Times of Judge Roy Bean

1973
The MacKintosh Man
The Sting